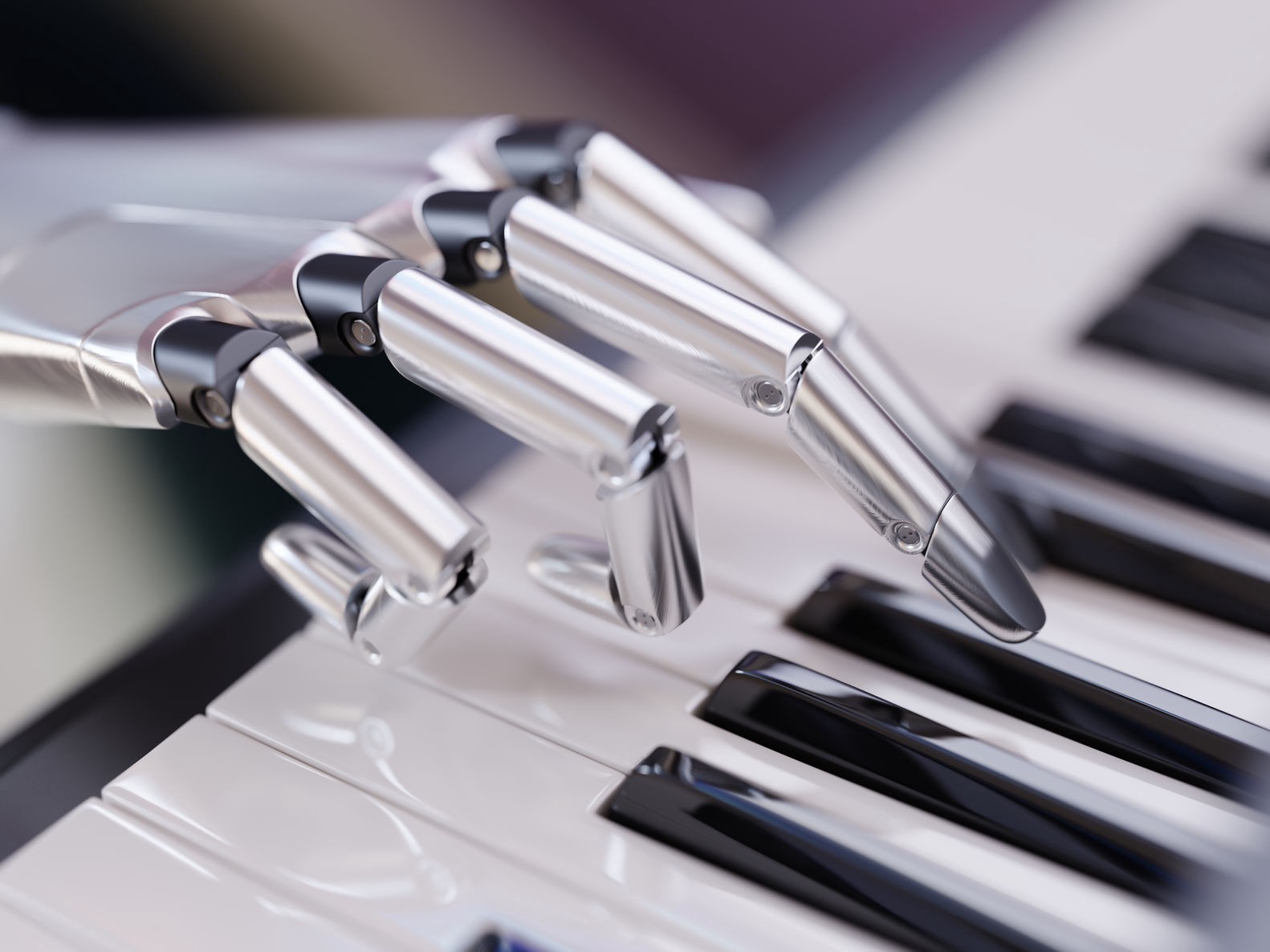 That tune in your head – is it built from bits of a radio hit? No, perhaps it’s a piece of your own composition: maybe you’re a musician! What if that slinky hook came from a scary, anonymous AI – does that make you any less of an artist? 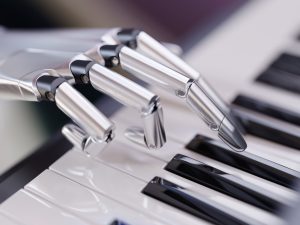 Will robots making music be the next thing?

The world said hello to Hello World by ‘SKYGGE’ at the beginning of the year, from ‘Flow Machines’, a composition project led by AI researcher, Francois Pachet. The album was touted as being the world’s first AI album, but also featured a handful of humans, including dance-pop star Kiezsa. Skygge incidentally means shadow in Danish – fitting with the sentiment of many that the AI composition landscape is a murky marshland, with deep ponds for real musicians to disappear into. As time goes on though, more and more AI startups are popping up, and more and more established acts are swimming in those ponds. Shiny neo-pop stars, Years & Years, recently created several new mood-based versions of their latest release (Sanctify) with UK startup AI Music. The alternatives were finished in a rapid 10 minutes, and while the original remains a human creation, the remixes are a collaboration between mortal and artificial entity.

The man and the machine: opposites collide.

A person’s ability to relate to a musician crops up as a frequent concern in this area – AI-constructed remixes are perhaps therefore a good middle-ground for critics. An AI could indeed mimic a Rolling in the Deep, but without the backstory of the likes of Ms. Adkins’, would the same strength of reaction be provoked in the audience? After all, we’re not (yet) in a place where Her-esque creations are giving interviews recounting the deets of the break-up behind their banger, or performing Tiny Desk concerts. Who’s to say that they couldn’t in the near future though?

Musical marriages between man and machine are not so new however, with automation, for example, entering the relationship many years ago, but despite drum machines being an integral part of many genres, flesh and bone drummers are still in abundance. The feeling of the sticks in the palm and the vibration of the drum skin echoing up the arm have yet to be cloned. Speaking of cloning, to help birth the sounds trapped in the head, Vochlea, headed by George Philip Wright, comes to the rescue. Make a trumpet-sounding melody with your mouth, and the smart mic brings you a trumpet singing your melody on your DAW, shaving precious time off the prod’ process, allowing time for even more creation. Another time-consumer is writers’ block. That’s where companies like Second Brain come in: their lyric generator RAPGOD, offers a helping hand to the struggling artist, exhausted from touring maybe (AIs don’t burn out, or least not as humans do).

Should we let robots make hits? 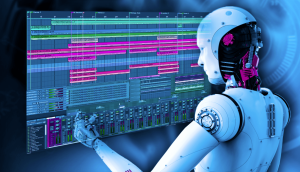 When help from AI is not the defining feature of a track, it presents itself as more easily palatable. After all, ‘in the style of …’ music, created by real people, tends to have limited appeal. Since many AIs need to be fed with fodder in order to pick out patterns and broaden its catalogue of influences, a lack of originality becomes likely. Humans, on the other hand, don’t have to follow the rulebook. Göran Andersson of ‘Trackd’, a music creation and collaboration app, does not believe in a ‘hit formula’. Indeed, what makes a hit is complex – there are a whole host of underlying cultural and political factors which play a supporting role in a track’s potential success, and these are often embodied (in a very physical sense) in an artist.

AI has nonetheless reared its robotic head, as the latest technological development in music production, opening the studio doors to those previously locked out, and as such, democratising the landscape. It should also be noted that many of those creating AI composition technology are in fact composers themselves, with a desire to both help others and make their own lives easier. It may therefore be time to think about putting another producer’s chair in your own studio.