Listening to music is easier than it has ever been. Spotify, Apple Music, SoundCloud – just to name a few – are all ready to fill your ears with more music than you could ever listen to. As a user, you pay a fixed monthly fee for this easy access and the streaming service then passes that money on to the artist right? Well, not quite. In theory, the artist receives a certain amount of money per play. Yet, with … END_OF_DOCUMENT_TOKEN_TO_BE_REPLACED

For immediate release: 13th March 2018 Austin, TX: Today at SXSW, Netherlands music technology startup Volareo and London based German producer & labelmanager Karl Goedicke announced the launch of BLCKCHN Records, the first record label focussed on releasing music for which the rights are managed on the blockchain. During the launch event, BLCKCHN Records founder Karl said: “By managing the music rights on the blockchain, we can ensure a fully transparent way of tracking plays, revenue split and payouts for … END_OF_DOCUMENT_TOKEN_TO_BE_REPLACED

The musicians connection with their fans Think about it… When was the last time you truly connected with the people that love your content and when you did, when was the last time they were able to respond? The streaming world created a large barrier for a true physical connection between fans and musicians.  Music is about sharing, loving and creating together. Lets see how we come back to that. 1. Social groups The voice of someone who presses play on … END_OF_DOCUMENT_TOKEN_TO_BE_REPLACED

Volareo attends South By Southwest  Volareo, the blockchain connected smart speaker, will be attending SXSW (or South by Southwest) this March. Ambassadors and press will have the chance to speak to our founder, Nick N M Yap, and other highly valued member of our team. Volareo is part of the Dutch delegation of New Dutch Wave. New Dutch Wave is an International movement to celebrate top notch Dutch creativity and entrepreneurship at South by Southwest 2018. Designed to inspire, connect and … END_OF_DOCUMENT_TOKEN_TO_BE_REPLACED

Let me start off by saying that blockchain by no means is a get rich quick scheme, not for a musician at least. What it can be though is a long-term value giant. With the current situation of middlemen like Spotify taking massive cuts, it is hard for smaller musicians to make a living off their passion. Blockchain removes the need to have these middlemen and thus allows a garage band size musician to start putting more time into their … END_OF_DOCUMENT_TOKEN_TO_BE_REPLACED

Succeeding in music is difficult. There are millions of artists these days with everyone trying their very best to stand out. Big name artists get most of the plays and big high cut labels dominate the charts. Spotify, Soundcloud and Bandcamp are all cramped with artists that make great music but are just never heard. Every single day more musicians join these services making it even more difficult to stand out. Hard work is required to make baby steps in … END_OF_DOCUMENT_TOKEN_TO_BE_REPLACED 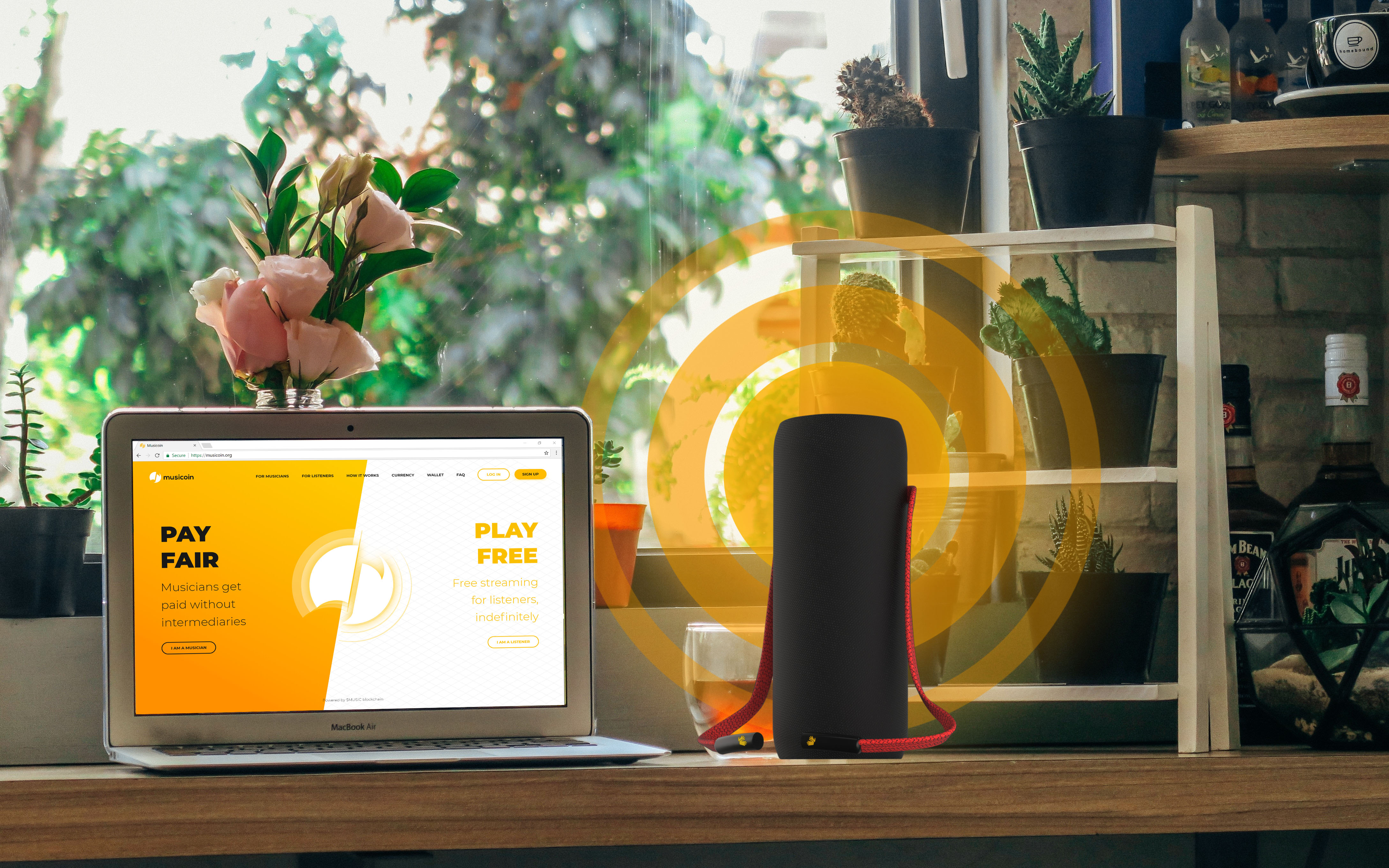 FOR IMMEDIATE RELEASE JANUARY 10, 2018 ROTTERDAM and HONG KONG What if when you streamed free music, you knew the artist would get paid fairly, directly, and instantly… every time? What if you could even tip them by simply clapping your hands or pressing a button? ROTTERDAM and HONG KONG : Today, the Musicoin Project and ROCKI announce the development of Volareo, the world’s first “smart” speaker powered by blockchain technology. Volareo allows users to listen to a lifetime of free … END_OF_DOCUMENT_TOKEN_TO_BE_REPLACED