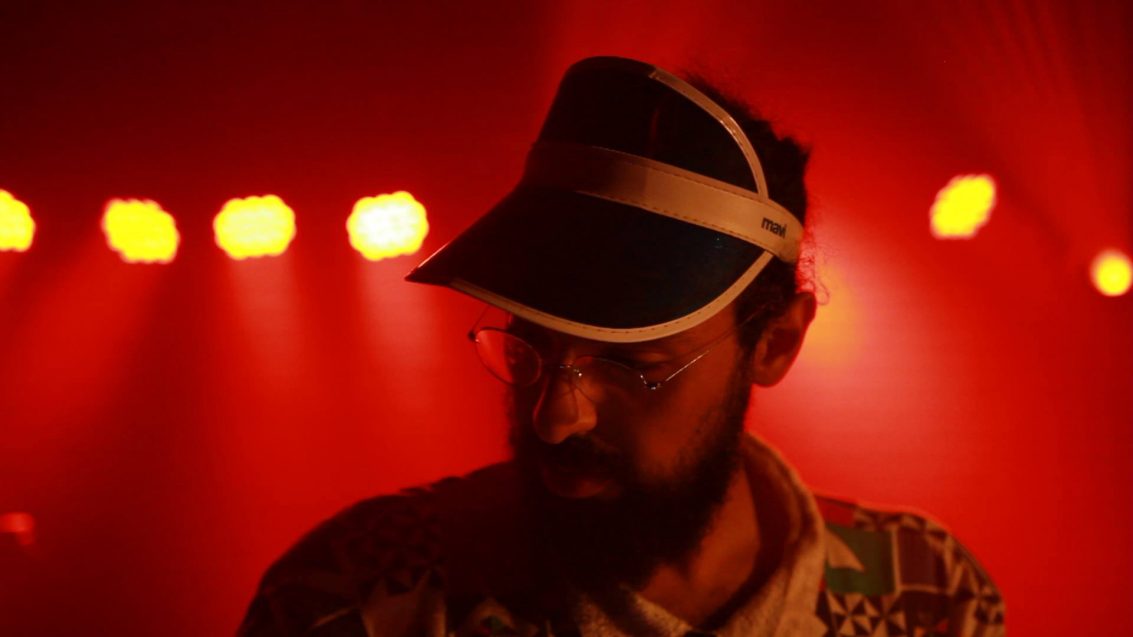 You’re an artist and creative based in Berlin that is bringing the Arab world to a western country. How’s that being received by the community?

You started from the very humble beginning. Your story is very closely related to your music and events. Can you tell us more about that?

As with any new project you need time, work and patience to get things going. We started by collecting music that we would play at the events, and at the same time planning our own music production. Concept – in this case, musical, is also very important
to make you stand up from everybody else. Slowly we began to get the invitations to play and we finished and released our first EP- “SiiN”. Then, with my friend and college Robert Soko, we founded a new event under the name “ArabBeats” which is supposed to bring a new wave to Arabic music parties – more “club” Berlin sound with strong roots in middle eastern culture.

What do you think has been the biggest struggle for your career as a musician and where do you think things can be done differently in the music scene?

The struggle never ends, that is the hardest thing about being an independent artist. In the music scene, we can always be more supportive and would be nice to have a smaller gap between “big names” and the independent scene.

That’s very important since the events and music (and actually any other art form) is made for the people.

The bond between artists and music lovers nowadays is decided by the algorithm of your discover weekly on Spotify. Many artists have become just part of a line of text in a playlist. How do you think artists can regain ownership of their music and, mostly, their fans?

Ownership of the music you make always stays in your possession – unless you signed a very bad contract with a very nasty label or publisher. Fans are also there for you if they really appreciate your work. It’s just that the way of making money in the music industry changed a lot in the last 10 years, so we have to keep up with the changes. Social media create the vacuum feeling that we’re followed by tenths of thousands of “followers” but often your followers are the platforms followers.

World music seems to be a trend nowadays. With Omar Souleiman becoming a world-renowned name. Why do you think people are interested in this type of music?

World music is not only trendy nowadays, it’s coming in waves every few years in a different style. You had Mexican wave in the 50’s, Latin and Cuban after that, Balkan music was (and it’s still) big 10 years ago, now we have Arabic wave. I guess people are
just discovering different cultures as they travel around or being introduced to it.

Voice assistants are starting to take over the market and people are starting to use them to listen to music. Where do you think the future of technology can help artists?

I’m always for technological progress – if it’s not used for killing people. With the development of computers and software, we are now able to make wonderful and complex art just sitting at home – that was a dream 20 years ago. Don’t know how the voice assistants can help us with making music, but let’s see what the future brings.

The main issue with voice assistants seems to be privacy. We’re solving that problem by adding an on/ off switch to our smart speaker. Are you at all concerned about privacy issues?

I personally don’t really care if somebody if listening or collecting data about me – but a lot of people are concerned about that. With all the gadgets, apps and social profiles we have now I think it’s pretty impossible to hide, actually we are sharing our privacy with other people, and then we don’t like it at the same time. Big Brother IS watching, if you want to hide, go back to the 80’s and watch TV.

Another new technology buzzing is blockchain and cryptocurrency. It facilitates artists to paid fairly, transparently and in a decentralised way. Would that be interesting for you as an artist to not having to deal with a whole bunch of middlemen to get paid for your art?

That sounds nice, but with any kind of “value” transfer somehow you always end up with the middleman getting their share, I guess that’s just the way it is.

Few platforms have already proved this concept is working. Our partner Musicoin, and a couple of others have just started or are about to launch. Would you consider putting your music on this revolutionary platforms?

Why not, as I said I’m always for the progress and new things, let’s see how that works.