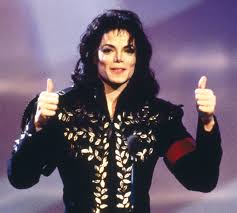 Let’s talk about music publishers. They are the unknown, driving forces behind the music industry. One of the most famous music publishers is Sony / ATV Music. Their history  illustrates exactly why it is time for a direct connection between artist and fan. Here’s a behind the scenes story of how a Michael Jackson became the publisher of the Beatles and ruined a friendship between pop legends.

Fundamentally, music publishers connect musicians to the outside world. They connect songs to media and advertising agencies. By doing so, they earn money from a split of the royalties that the copyright of said song generates whenever anybody streams or performs it. Only fair, right? Well, these billion-dollar companies are mainly behind the scenes. They are not known for their socially responsible entrepreneurship. Nobody knows precisely how royalty collection works. Nobody. So, when people don’t understand, that’s when you screw them off. The same happens in any white collar job. They speak gibberish to confuse you and then get their hands in your wallet because you don’t know better. Simple. It even happens, sometimes, that owners of music publishing company pretend to be a composer of a song, so that they can benefit even more from the copyright. 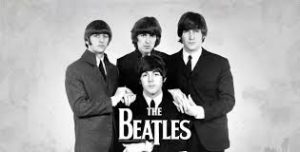 If you thought that copyright fraud would be the only chapter in the book of music publishers: this story is about to get crazier. Paul McCartney recorded the rights of the songs he wrote, together with John Lennon, with Northern Songs ltd. Think of ‘A Hard Day’s Night’, ‘Help’, ‘Norwegian Wood’ and ‘Yellow Submarine’. This catalog was in the hands of Beatles manager Brian Epstein and music publisher Dick James, who, in turn, sold this catalog to ATV Music Publishing in 1968.  But, here’s where the plot thickens. At one point Michael Jackson stepped in and bought ATV for a whopping 47.5 million $. The FD describes the situation as follows: “In the early 1980s, McCartney told pop star Michael Jackson during a recording session that a lot of money could be made with the management of music rights. Jackson put this advice right in his ears and bought ATV Music in 1985 for $ 47.5 mln $. This made the two pop icons, bitter enemies. Understandably so, as it basically meant that Jackson was making money for the music that they made.” Well, now we all know why, two years later Jackson entitled his album “Bad”.

And the winner is…

In 1995 Sony bought half of the ATV Music Publishing shares. They paid about $ 97 million for it. In 2016, Sony bought the remaining 50 percent from Jackson’s estate, for about $ 750 million. This made the rights worth about 750 percent more in twenty years. In prospective, 750 % means that he earned almost a billion dollar for something that is not even his.  McCartney eventually settled the case for the rights of the Beatles songs. What exactly has been agreed between Sony / ATV Music and the ex-Beatles has not been announced.

What does it all mean?

The above anecdote is interesting. Yes, Michael Jackson and Paul McCartney are very appealing figures. The fact that they are in conflict makes it almost a mythological story. But unfortunately this is all true. But the real problem is not even that Jackson made insane amount of money, in a legal way, for literally just owning other people intellectual property. The Beatles are not starving, nor Michael didn’t have enough money. The REAL problem is that this happens every time. With every music publisher, in every country, with every musician on earth.  Don’t you feel a bit of unfairness knowing that? Somebody is owning the creative ideas of somebody else, because the other doesn’t understand ‘music industry gibberish’ and making mountains of money out of it. Think about it.