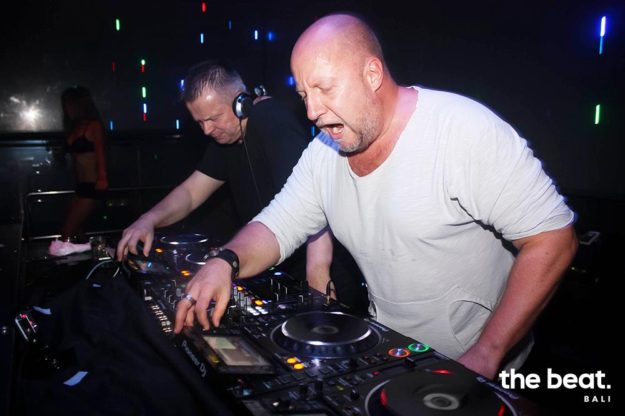 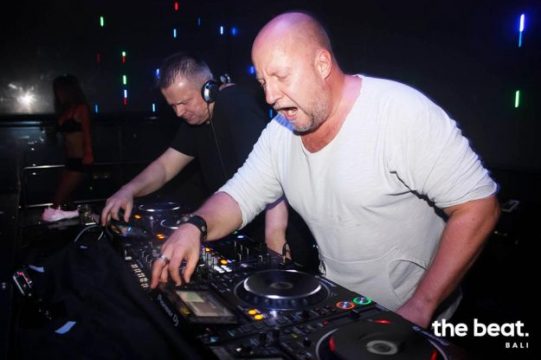 This is one of those questions. Having played thousands of gigs in we think over 80 countries it ́s hard to pick just one. We had so many goosebumps moments and situations where we thought it cannot be any better and if it ́s a good moment to die on stage let it be now cause we had it all (and no, we do not wanna die yet, ha ha ha). Just a few quick ones. In the middle of nowhere in Russia about 15 years ago, in a ramshackle huge storage hall, maybe 8000 people, only laser beams and strobe lights and people we ́re just going crazy to our set (no bloody cell phones in the audience). In the middle of our set literally, everybody started to take out lighters or shared matches and put them up in the air worshipping our set in such a spontaneous manner that even the promoter had tears in his eyes. 2005 Sydney at the harbour bridge for NYE. When we started shortly after midnight with our remake of “Smells Like Teen Spirit” we didn’t hear the music for minutes that ́s how crazy the people on this sold festival screamed when they heard the first guitar break. Girls threw hot pants on the stage, people had their own Warp Brothers designed T-Shirts and gear and it took minutes until we actually were able to hear the music again. The crowd went absolutely bazerk to our first tune and continued during our whole set. Last but not we just want to pick a recent one. We played many many festivals from Tomorrowland to Medusa Festival, from Future Music Festival to Love Parade, but there was this little festival in the UK last year. Maybe 4000 people. It ́s called Illuisve Festival. They asked us to play an old-school set with as many of our record and remixes as possible. So we did. The average punter could have easily been our kid. They knew all our songs and remixes and the love and response we received were just overwhelming and the atmosphere was just insane. They were dancing pogo in front of our stage but all with such a peaceful happy vibe but still completely loose and crazy. As we’re very down to earth and love to interact with our fans we started talking to some of them after the gig and we asked this girl who approached us, how it could be possible that at her age (maybe 18+) she knew us and our music? She just answered with a grin that her parents always talked about us and made her listen to our music and know she really understood why her parents love us so much. Bloody thing was, that we actually forgot to ask if her parents were there too ;). Based on this little boutique festival we reconsidered what we actually planned to do and went back producing what we love most, Hard Trance and Psy Trance and we just were proven right with this decision in being signed to Tesseractstudios (on of the best Psy Trance labels worldwide) and since last week being officially signed to Armin Van Buuren’s Armada Records. It feels like coming home to us.

This became much easier compared to back in the days. It ́s all 1-3 clicks away. We haveour priorities set right and the need for physical presence is not needed anymore when it comes to set preparations and productions. We meet at gigs and talk/chat almost daily . This is not difficult at all even though we ́re both very busy with other jobs and projects. But with age comes a certain routine and if you keep an open mind you don ́t turn into a stubborn blockhead with all your experience ;)))

If you think you’ve seen it all you’re dead. An open mind and the unbreakable passion andlove for music gives us all this energy. 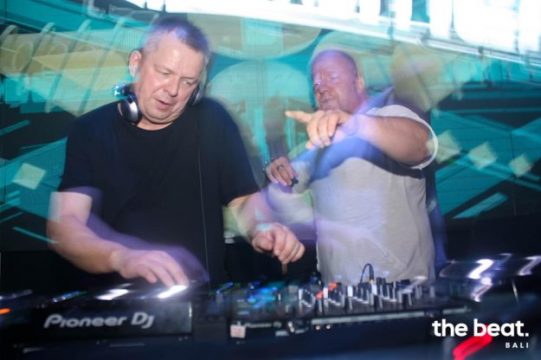 On top knowing that we created something people still love and still want makes us ride on a huge wave of motivation. And of course, we learned to survive in this business the oldschool way (whatever that is, ha ha ha). We’re no whinning sissies being burned out after 5 years of touring. We did the cattle class ride and earned our way up to business class. Hell yeah, we did but if they now put our asses back into economy so what, the plane will bring us to where we wanna to be to party hard with our fans. This is Rock ́n ́Roll and we love it and dont wanna have it any other way.

Refering back to question one it may be the case. But we think that it’s a tricky thing.Maybe it has more to do with the high supply of low quality music so it ́s harder to findgood quality music because it ́s hidden under tons of digital codes and algorithms. If you look you’ll def. find enough gems. The question is if people still have the time and patience for new discoveries these days because everybody is so used to an instant reply and result based on the comfort of Google and likes that the majority obviously lost the passion to actually take the time find something amazing. It ́s a serious dopamine addiction here. I want it all and I want it to know. If I need to wait I get frustrated but if I get an instant response I ́m happy. We always find great music no matter were we look. Wether listening to our promos, going in the darkest corners of Beatport, iTunes or Spotify and likes. One think we feel though is, that hits from the past still have a huge impact today whereas these days it’s sometimes very hard to belive that many of the current hits will have the same impact in the future. So maybe music was a little bit better back then because the music was more special compared to today ,-).